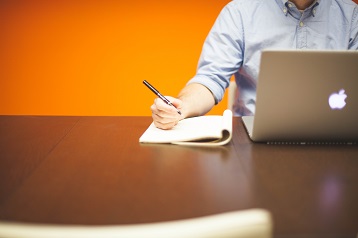 The year 2014 is almost at the verge of ending, Business units across the organizations are busy chalking out blueprints based on budgets allocated to them for the year 2015. As the year comes to an end, the software industry is keen to find out about the key areas that dominated in 2014, especially pertaining to quality assurance and software testing. Let’s go through some of the key trends, findings and results of 2014 based on the world quality report, which was co-authored by Capgemini, HP and Sogeti.

Transformational programs, which utilized social media, mobile, internet of things (IoT), analytics and cloud had a significant positive impact on QA and software testing in 2014. Organizations have realized that improving quality of IT services and products can have a strong and positive impact on the business results and can propel organizational growth. This has created awareness in IT organizations, especially among senior IT executives about the significance of QA and software testing.

This transformed awareness had actually pushed QA and software testing budgets up to 52 percent, out of which, 40 percent was allocated to big data analytics testing, 27 percent to cloud testing and 17 percent to mobile testing. The segment wise allocation of budgets certainly gives a heads-up to QA and software testing professionals about the core areas they need to concentrate in 2015.

The proportion of IT budgets allocated to QA and software testing domain has been constantly increasing year-on-year. It was a mere 18 percent in the year 2012, but surged to 26 percent in 2014, and it is expected to reach 29 percent by the year 2017 according to Gartner Inc. The digital transformation initiatives are the one’s driving the growth and importance of QA and software testing. IT spending is more or less concentrated on these transformational initiatives.

It has been observed that several leading software organizations are now keen to execute QA and software testing activities with a combination of centralized and decentralized approach. Consolidating software testing practice under the umbrella of an industrialized testing center of excellence was an ascending trend, which has been prominently witnessed in the last three years. There has also been an increase in the number of organizations, which are now maintaining a fully operational TCOE.

As per statistics, the numbers increased from a mere 4 percent in 2011 to a whopping 26 percent in the year 2014. TCOE’s have now become an integral part of software organizations, these are present in various forms and are designed to offer improved governance, better control, streamline processes and metrics to improve business efficiency.

Currently, TCOE is a centralized concept, but in the near future, experts predict that it is going to be marginally decentralized. Organizations are considering hybrid structures that combine the benefits of centralized governance, processes and reporting with a decentralized model, where software testers are integrated into project teams and can work closely with clients.

Software organizations are increasingly reducing their in-house software testing activities, which has been a key trend in the last three years. If we take a closer look, in-house testing activities have reduced by almost 30 percent in 2014, whereas in 2012, the figures stood at a staggering 51 percent. The most widely used engagement was sharing quality assurance responsibilities between the client and the service provider.

In today’s era of transformation projects, organizations are levelling their offshore testing activities and increasing their investments in near shore locations.  The current distribution of software testers is 59 percent onshore, 20 percent near shore and 21 percent offshore.

Many organizations emphasized on verifying additional sets of requirements along with functional validation. The research indicates security (59 percent) and performance (57 percent) were the top focus areas for testing the applications, which were migrated to the cloud. Additionally, the focus on mobile testing was an advancing trend. Here are some statistics, validation of security (54 percent), functionality (54 percent), performance (51 percent) and usability (45 percent).

The usage of agile based development was a skyrocketing trend across organizations. Organizations have started embracing agile methodology, as it enables faster and responsive delivery of software products and services. However, many organizations concede that software testing still lacks a proven agile testing approach (61 percent).

Adoption of Cloud Based Solutions

The study further revealed that there was a big leap in the adoption of cloud technologies to host software testing applications, which was actually seen as a declining trend in 2013. The year 2014 has shown a significant growth in adoption of cloud testing (almost 28 percent) and it is expected to increase up to 35 percent by 2017. Software testing carried out in cloud environment has leaped to 32 percent in 2014, as compared to preceding years. Cloud testing is projected to reach 49 percent by the end of 2017.

It is a known fact that an adequately configured and readily available environment is crucial for the success of any software testing project. The research further indicates that organizations spent almost 33 percent of their annual software testing budget(s) to set-up test environments. This has resulted in the adoption of virtualization and cloud based technologies, which has significantly reduced the testing infrastructure costs.

Alongside, virtualization and cloud, 2014 also witnessed a need for test data management to reduce operational challenges. The research concludes by citing various challenges involved in setting up software test environments to ensure that tests are being automated (28 percent), which suggests that organizations are yet to attain a reasonable level of test automation.

Based on the above research and concluding findings of 2014, we can lineup the following action items for the year 2015, which can be tailored based on every organization’s goals and objectives.

Jagan was a practice lead for QA and Testing. He is an avid technology blogger and an industry expert. He has extensive experience in managing complex testing projects and delivery. He likes exploring new tools, technologies and trends.