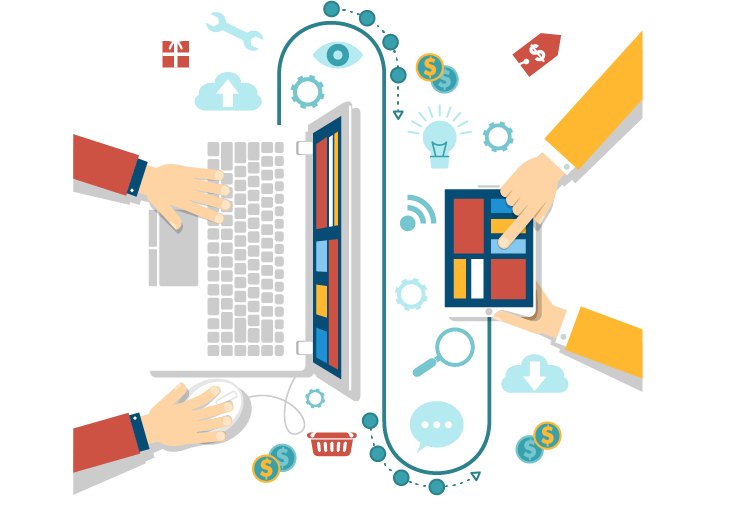 The year 2014 witnessed cross border mergers, acquisitions and rapid adoption of social media platforms. It also witnessed creation of large chunks of data and rapid advancements in mobile and cloud technologies. Another major advancement was Internet of Things (IoT), which is slowly changing the way how organizations interact with their customers, employees and partners. In the current digital information age, individuals are demanding improved connectivity and on the go access to information, which is making businesses, Government organizations and other public sector entities to be more agile and flexible while offering services and deliverables. We have added a new post on the latest software testing trends in 2016, which provides comprehensive insights on the emerging software testing trends.

The rapid influx of new technologies has thrown open new set of challenges to the present day CIOs, increasing their responsibilities towards delivery and support. Business leaders are expecting CIOs to come out with innovative ideas and outline a vision on how emerging technologies can shape up their organizations. Today’s CIO is also expected to help organisations to understand customer preferences in a better way and help them retain customers, along with new acquisitions. The year 2015 is going to be a huge challenge for the software testing fraternity due to emergence of new technologies, let’s take a look at some of the latest trends in the software testing domain for the year 2015.

In 2015 as well, the top priority of businesses across the globe remains Cost Optimization – delivered through process and technology. Additional priorities include supporting organic growth, build new products and platforms and upgrade their existing systems. Most of the IT leaders accept that integration of existing IT systems is a top priority for their organizations. Digital transformation remains another important focus and businesses are ranking high on cloud computing and business analytics.

Quality and reliability are being given greater attention, which is resulting in reduction of software application errors, improving security and application performance. Social media is being closely scrutinized by organizations in order to safeguard from reputational damages that often result from the comments posted on organization’s social media channels. These testing trends would also have a significant impact on the discipline of quality assurance and software testing in 2015. I would like to give due credit to Gartner and IDC for providing valuable foresight on software testing industry trends for 2015 and beyond.

Software testing budgets will be on the rise, especially in the sectors of energy & utilities (E&U) and transportation, these domains will most likely be spending 27 percent and 31 percent of their budgets on QA and testing. It has also been observed that most of the organizations are allocating more than 40 percent of their IT budget towards quality assurance and software testing domains.

Testing budget allocated for new software development initiatives is now slowly overtaking budgets that are usually allocated for software maintenance projects, which is a positive sign. Consumer products, retail, financial services and transportation sector are swiftly advancing towards new IT development initiatives. IT trends such as big data analytics, cloud, mobility and virtualization will continue to grow, although these are considered as fairly expensive technologies to develop and maintain.

Another trend in testing is the concept of TCOE, completely operational TCOE models have effectively grown to 26 percent from a mere 4 percent in the year 2011. A TCOE can be present in multiple forms, it can exist as a pure methodological support, which will control QA and testing or can exist as a complete test execution factory, which will provide on demand testing services to software projects across the organization. Businesses are also looking to set up TCOE’s using a combination of best practices to offer improved governance, process, control and metrics.

2015 is for SMAC Technologies

The increasing usage of social media, mobile, analytics and cloud technologies also referred together as SMAC improves operational efficiencies and strengthens relationships with customers and end-users. There is a significant demand from customers, employees and end-users for responsive, anywhere accessible software applications that improve the areas of communication, business and entertainment. The increasing usage of social media is creating “Zero Tolerance” environment, as any failure, error or outage is resulting in immediate exposure to the global audience via social media channels. Organizations will be spending 52 percent of their IT budget towards QA and testing, out of which major allotments are 27 percent for cloud, 40 percent for big data & analytics and 17 percent for mobile.

Mobile devices have become a part and parcel of our daily lives and the same goes for businesses. Mobile technologies have established themselves as an effective profit making assets for an undeniably disseminated and on the go workforce.

With the rapid changes in mobile technologies, businesses are expecting matured mobile testing practices from organizations offering mobile testing services. Software testing applications should be able to support a wide range of devices and operating systems, which would help in the creation of multiple test scenarios / executions across multiple platforms. The development lifecycle of mobile applications is relatively compact as compared to a standard or a web application; hence it is always a challenge for software testing teams to complete the testing within the allocated time frame. Almost 40 percent of the organizations agree that time is a crucial factor for QA and testing teams, which highlights the importance of automation to perform regression testing.

Android Rules, When It Comes To Operating System

The software testing teams will be working with data centric processes and would not only be responsible to identify data irregularities and quality issues, but also figure out performance issues, security concerns, accuracy of ETL processes and most importantly verify, if the sourced data is relevant and suitable for business analytics.

Despite the odds cloud computing faced in its initial years, it will catch up in the year 2015. Although, we have witnessed a decline in cloud adoption in 2013 (20 percent), but it bounced back and gained momentum by demonstrating a positive trend in 2014 (28 percent) and is expected to reach 32 percent by the end of 2015. Organizations are benefiting immensely by adopting cloud services, especially by building and maintaining cloud environments.

Considering the above software testing trends, statistics and projections, we can confidently predict a bright future for quality assurance and software testing domain, especially in the areas of automation testing, performance testing and security testing. Software testers need to be prepared and be ready to grab the emerging opportunities in the 13 billion dollar software testing industry.

Jagan was a practice lead for QA and Testing. He is an avid technology blogger and an industry expert. He has extensive experience in managing complex testing projects and delivery. He likes exploring new tools, technologies and trends.